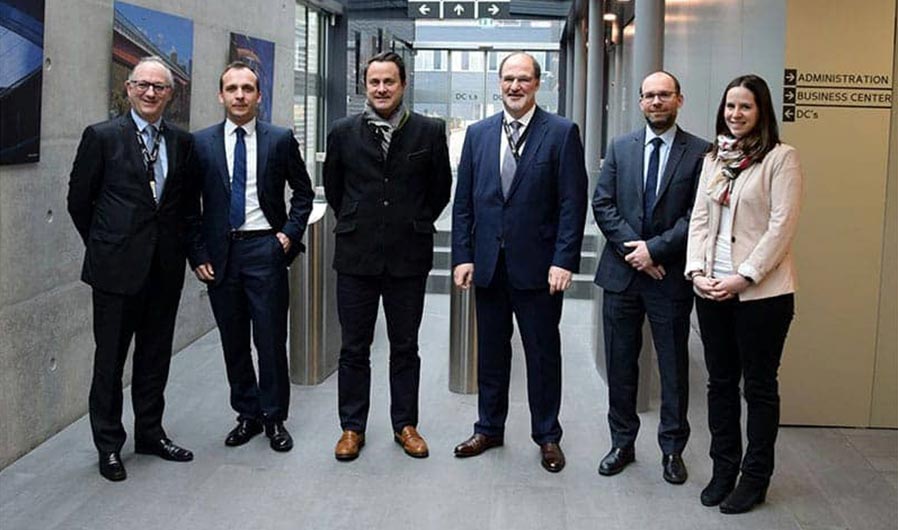 After a warm welcome by Roger Lampach, CEO of LuxConnect, Minister Bettel visited the facilities and took ample time to chat with employees.

During a working session with the LuxConnect Executive Committee [Roger Lampach, CEO; Marcel Origer, the confirmed CFO and Tom Kettels, the new Chief Business Development Officer]. Minister Bettel received a thorough insight into the LuxConnect business model, both as regards the company’s infrastructure building activities, as well as its growing service offerings. Minister Bettel stressed the importance of all Luxembourg ICT players and specifically of LuxConnect in the reaching of the connectivity targets announced by the Government in 2010 and in the strengthening of the country’s competitive edge in ICT. He praised the company’s close cooperation with the government initiative “Digital Lëtzebuerg”.

In 10 years of existence, LuxConnect has made major contributions to the ICT hub Luxembourg, through building 4 state-of-the-art datacenters with a total surface of 14,7000sqm, deploying in excess of 1,000 km of passive optical backbone fiber networks and operating a low latency connectivity offering to major ICT hubs in Europe. 2016 will be a year of sound optimism for the company – in which 3 milestone celebrations will be embedded: the laying of the 1,000th fiber km [March], the inauguration of DC 1.3 [June] and the celebrations of the company’s 10th anniversary [October].

Roger Lampach : “Building, with a relentlessly dedicated team of 24 people on the company’s potential to drive evolution, change and growth in the Luxembourg ICT market is every day again an exciting challenge!” 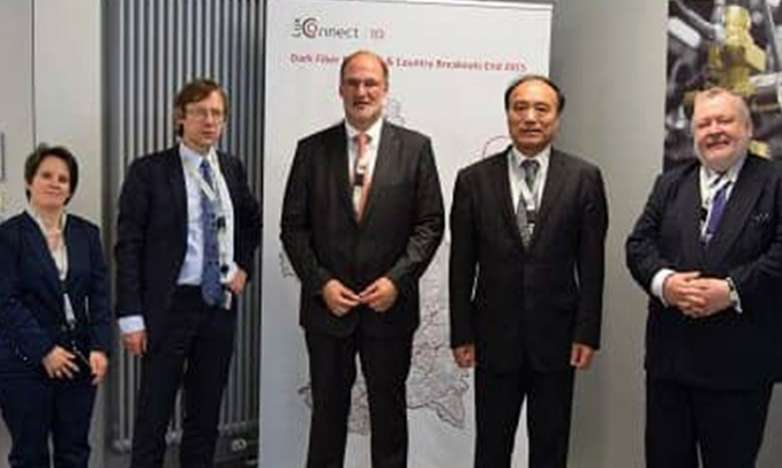 VISIT OF M. HOULIN ZHAO, SECRETARY GENERAL OF THE ITU 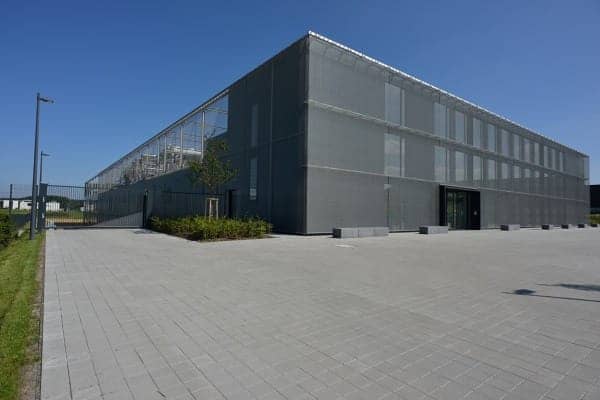 Visit of M. Peter Maurer, Chairman of the International Committee of the Red Cross